The planning application aims to repurpose the Brabazon Hangars in the north of the city creating a new entertainment complex for the South West.

The dream of an arena for Bristol has taken a step closer to reality this week as YTL submit plans to repurpose the Brabazon Hangars at Filton. As part of the YTL Arena Complex design team, Avison Young has been advising and supporting YTL throughout the planning process.

The planning application to Bristol City Council and South Gloucestershire Council to repurpose the Brabazon Hangars in the north of Bristol will create a new entertainment complex for Bristol and the South West.

The new complex will create more than 500 new jobs and inject £1.5billion into the local economy over 25 years, as well as raise the profile of the city and wider region.

Managing Director of YTL Arena Complex, Andrew Billingham said: ‘YTL’s commitment is demonstrated as we submit our exciting plans to deliver a 100% privately funded entertainment complex for Bristol and the south west.’

Jo Davis, Avison Young Managing Director, Planning Development and Regeneration adds, “The long awaited arena for Bristol is an important regional economic driver for our city region, but will also become a placemaking icon re-purposing the Brabazon Hangars in an innovative and sustainable way at the heart of this important new community.”

It uses the floorspace of all three hangars to create something unique in the south west: an arena, exhibition and leisure space all under one roof. The arena will be in the Central Hangar and with 17,080 capacity, it will be the third largest in the UK after Manchester and the O2. The East Hangar will house a new Festival Hall; a flat floor event space for conventions, exhibitions and working in tandem with the arena to attract large scale events. The West Hangar, The Hub, will be a place to eat, work and play, with leisure facilities, food and drink and home to small or start-up businesses.

Andrew said: ‘We’re building much more than just an arena - it’s a 365-day entertainment destination inside the iconic Brabazon Hangars that will create new jobs, bring new business to the region and enhance Bristol’s position as a leading European city.

Sustainability is a key focus. Our plans include zero waste to landfill, harvesting rainwater and installing solar panels on the vast roof area. By repurposing the existing hangars, the proposals will save more than 18,600 tonnes of carbon emissions alone. The development of a landscape strategy will be sympathetic to the local surroundings and the approved former Filton Airfield scheme.

A new train station due to open in 2021 and a new Metrobus service, both serving the new Brabazon neighbourhood and within 500m of the proposed YTL Arena Complex, will create transport links to the city centre.

Over the past 12 months nearly 2,000 people have visited the Brabazon Hangars and heard about YTL’s plans, and the team have visited locations in the north, south, east and west of Bristol as well as in South Gloucestershire.

If the proposals are given the go ahead, YTL plans to be opening the doors to the public in early 2023. 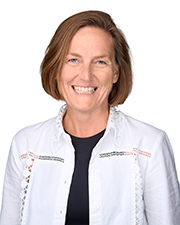