Avison Young releases analysis of industrial market in the first half of 2022.

In the first half of 2022 there has been no sign of a slowdown in demand for big box, grade A stock across the UK, with take-up levels totalling almost 20 million sq ft. This is 9% higher than the 5-year six-monthly average but 22% lower than the record-levels achieved in the same period in 2021. Demand has also been driven by a critical lack of stock, with supply totalling just 20 million sq ft at the end of H1.

“Despite the challenging outlook for the UK economy, we expect demand for big box space to continue in the coming months, especially for high quality, sustainable, green buildings. We will also see an increase in the retrofitting of existing industrial stock, as landlords move towards meeting the government’s MEES targets by 2030“, said Andrew Jackson, Principal and Managing Director, Industrial at Avison Young. 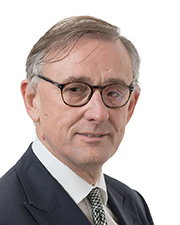