Joint LPA Receivers have been appointed on the former Beales department store in Kendal and Avison Young’s restructuring solutions team has been instructed to market the property.

The former department store has now been brought to the market and is available for existing use or re-development, subject to the necessary consents.

Situated on one of Kendal’s primary high street locations, Finkle Street, the 40,228 sq ft (3,737 sq m) building comprises retail and ancillary accommodation including offices and services. The original section of the property is of stone construction and was built in the 19th Century, set beneath a pitched slate roof. Since the original construction, the property has also undergone an extension to the rear to allow for more modern retail requirements. The property interconnects with No. 35 Finkle Street which is under separate ownership.

Neighbouring occupiers include Joules and Trespass. A South Lakeland District of Cumbria (SLDC) multi storey car park, one of the main public car parking areas in Kendal, is also positioned on the southern side of the property, providing maximum footfall directly past the entrances to the building.

Robert Cruikshank, senior surveyor at Avison Young, said: “This is a unique opportunity to purchase or let an established building in one of Kendal’s busiest locations. Many of the amenities remain on site, so it’s perfect for a retailer or leisure provider. The property also offers significant redevelopment potential and would therefore suit a range of purchasers.”

The property is available as freehold with vacant possession, although offers to acquire the property on a leasehold basis will also be considered. 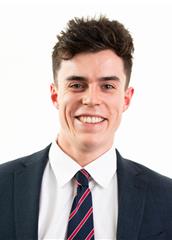