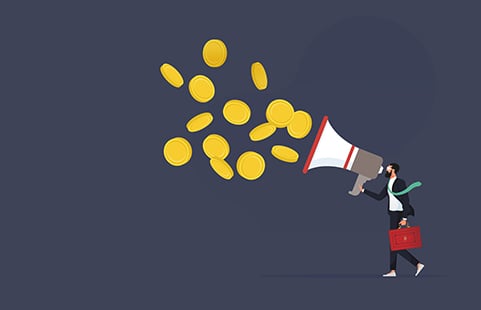 The Chancellor now has two of the most keenly watched Budgets in history under his belt. Today he set out how he attempts to balance the short-term need for economic support with the long-term need to address the hole in public finances. His judgement is that by the time taxes rises hit, his fiscal support measures will have delivered an economy that is able to absorb them.

Extending the furlough scheme until the end of September while waiting until 2023 to increase corporation tax illustrates this. From an economic perspective, ultra-low interest rates make continuing to increase the massive debt burden more acceptable, but it also means that an increase in inflation would have a dire impact.

One of the most headline grabbing measures is the extension of the Stamp Duty Land Tax holiday until the end of June for homes worth up to £500,000 and until the end of September for those up to £250,000. This will apply to all buyers, including investors, and places a clear focus on supporting the housing market and avoiding any knock-on effect on consumer confidence from a slowdown in house price growth.

The Chancellor also confirmed a new mortgage guarantee scheme, which will enable high loan-to-value lending for first time buyers, reducing the amount they need for a deposit. This will provide further support for the housing market and shows clear commitment to home ownership, although it will do little to address the fundamental issue of affordability.

Elsewhere, the Chancellor’s approach to business rates was one of the most anticipated items. Our view is that he delivered a mixed picture. Additional help from April 1st for retail and hospitality is very welcome but lots of strings appear to have been attached for medium to larger businesses, most specifically for those trading from multiple premises. Similarly, help is being offered for the airport sector but again this is capped. The massive implications for businesses that trade from more than one premises mean the Chancellor saves significant funds, but we question whether it adds up to the stated £6 billion relief.

The Budget was also very notable for what it did not include on rates. Around two-thirds of businesses have had to pay rates during the crisis despite being severely restricted on the extent of their commercial occupation. They are not being supported by a slow-moving appeals system or the cessation of negotiations with the Valuation Office Agency. We will continue this week to attempt to gain clarity as to whether their embargo to recommence negotiations has been lifted by the Chancellor.

However, the announcement of a further package of restart grants available in England of up to £6,000 per premises for non-essential retail and up to £18,000 per premises for hospitality and other sectors is positive. It covers hospitality accommodation, leisure, personal care and gym businesses. This is welcome but risks papering over the cracks. An intelligent strategic funding package is needed to encourage smaller investors to repurpose vacant retail units and create healthy, vibrant town centres.

The budget set out a clear focus on investment, either directly or through incentivising the private sector, for many of the areas identified in our Ten Trends for 2021. The ‘super-deduction’ on investment, allows companies to claim back 130% of the costs of an investment, and was dubbed ‘the biggest tax cut in British history’. Notably, green infrastructure investment received a lot of attention, including a green retail national savings fund, offshore wind farm production and a 'high quality’ carbon offsetting market, based in the City. Along with this, R&D activity will be promoted through tax relief and visa reform to attract skilled science, research and tech migrants.

While there will be criticism as to how far it goes, the ‘levelling up’ agenda received further support to add to the extensive measures already announced by the government and underlining the policy focus on ‘place’. The Chancellor announced the creation of an infrastructure bank, based in Leeds, and a 'Treasury North' in Darlington, along with the creation of eight Freeports - which will strengthen a number of key logistics markets - and £1bn of funding for 45 new towns.

There is still a great deal of risk over the coming months to the UK’s recovery, but the Budget announcements broadly look well placed to support the economy through this period and set us up for growth over the next two years. The necessary fiscal restraint will then likely begin to bite, but for now, the focus is very much on balancing short-term support with those parts of the economy which need it, with the long-term investment needed to power a post-Brexit and post-Covid UK.