Looking over the cliff edge

The economy is facing a serious shift as we emerge from the pandemic. With declining retail sales volumes, increasing costs for businesses, and pressures on the consumer amidst a cost-of-living crisis, post-pandemic recovery continues to face challenges.

Amidst this continued uncertainty, is there a positive outlook for the property sector in sight?

For retailers and those in the hospitality sector, there is little respite predicted in the short-term. The latest ONS retail sales data for March show that UK retail sales volumes continue their decline by -1.4% compared to -0.5% in February 2022. Online retail hasn’t been immune either, with spend sharply declining to 26% as a proportion of total retail sales, which is the lowest share since the start of the pandemic.

The cost to businesses

Businesses are being pressured into increasing prices due to a raft of additional costs. UKHospitality recently said that double digit price rises were likely in the hospitality sector, driven by pressures such as large increases in transport costs as well as the huge rise in prices for raw materials.

Other pressures include a significant increase in energy costs, higher wage bills, the rise in National Insurance contributions, and the return of VAT to its standard 20%, up from the 12.5% that was introduced in July 2020 to support the sector.

Following the rent moratorium expiring in March, some occupiers are also being faced with repaying rent arrears which they had accumulated during the pandemic. The estimated sum of arrears owed to landlords accrued during the pandemic is said to stand at around £7bn, according to Remit Consulting.

A return to pre-pandemic behaviour?

Tesco, the UK’s biggest retailer, announced its annual results in early April: despite stating that it had doubled pre-tax profits to more than £2bn in 2021, it warned it was facing ‘significant uncertainties’ due to the UK coming out of the pandemic.

It noted changes in shopper behaviour as consumers revert to pre-pandemic behaviours such as eating out more often, while other customers, who are perhaps struggling financially, are switching to cheaper competitors. Kantar’s latest Grocery Market Share tracker shows that the discounters’ (Aldi and Lidl) market share reached record levels in March, accounting for 15% of total market share, while the big supermarket chains (i.e., Tesco, Asda, Sainsburys, Morrisons and Waitrose) saw a fall in their market share. This is a trend we expect to continue throughout the year.

The impact on consumers

Consumers are also being hit hard by the cost-of-living crisis, reflected in consumer confidence levels falling to the lowest score since the start of the index in 1974. Continuously increasing household costs – including higher utility bills, increasing mortgage costs combined with 30-year high inflation levels – are seriously impacting disposable income. Inevitably, households that are struggling will also likely cut down on luxuries, with over £12 billion* worth of spending on non-essential items is forecast to be lost in 2022.

Does this mean it’s all doom and gloom for the property sector?

Surprisingly, there was a slight level of recovery in relation to retail rental values in March, according to the MSCI monthly index. This recovery saw values rise by 0.2% compared to the previous month – the first positive monthly rate in more than four years.

The retail warehouse market continues to be the sector’s shining star and was the only sub-sector to post year on year rental growth. Retail vacancy rates also declined to 14.4%, which, according to the Local Data Company, was the first decline since H1 2018.

Despite the negative economic context, there are some green shoots of recovery. As we emerge from the pandemic there has been a rise in footfall in some major city centres, according to Springboard, including London and Edinburgh. This is combined with the decline in the share of online retail spend which could indicate that consumers are making a return to the high street.

Within the leisure sector there was a net loss of just 52 units*** during 2021, the lowest number since 2016, driven by growth in the fast-food market, independent cafés, and the restaurant & bar market. The number of new retail units to open during last year amounted to over 43,000 – an increase of 10% compared to the previous year. Some retailers, including Primark, Aldi and Lidl continue their global expansion plans.

There will likely be further casualties who cannot afford to remain trading as operating costs spiral further, and sales could diminish as consumers cut back on non-essential spend. However, it’s not expected to be at the same levels witnessed in 2020. 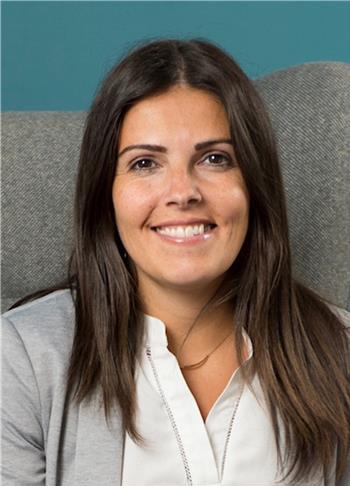